“Mord mit Aussicht” gets renewed for another season, “Lindenstraße” loses a lesbian, and “Verbotene Liebe” brings us more “forbidden lesbians”. Plus: Dunja Hayali shows off her tattoos (and her girlfriend) at the German TV Awards, and Miriam Meckel talks about suffering from burnout syndrom.

Good news for fans of Mord mit Aussicht: German TV network ARD has ordered 13 more episodes of the crime/comedy series about the adventures of big city police detective Sophie Haas in the German countryside. This means the audience gets another chance to find out whether policewoman Bärbel, who fell in love with cute carpenter Mathilde last season, is actually gay. Unfortunately, production of the new season won’t start until 2011, and the new episodes aren’t scheduled to be aired until fall of 2012. 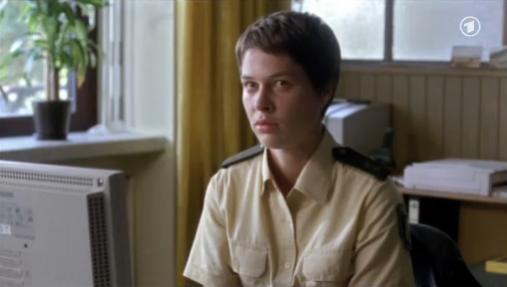 The number of lesbian characters on Lindenstraße is down to one again. Ex-con Steffi, who helped Tanja get over her break-up with long-time partner Susanne until Tanja found out that Steffi was secretly working for a drug dealer, had to enter a witness protection program and leave Lindenstraße after she decided to testify against said drug dealer.

As you might have already heard, there’s a new lesbian love story on German soap opera Verbotene Liebe. After Carla von Lahnstein and her fiance Stella Mann left castle Königsbrunn to get married at the Niagara Falls and then continue their round-the-world trip, the spot of the resident lesbian was vacated for a while, but now it looks like Carla’s cousin Rebecca intends to apply for the job. In an upcoming storyline, Rebecca becomes friends with Miriam, a waitress at Rebecca’s favourite bar No Limits, and starts to question her sexuality when a playful kiss the two women share seems to mean more to Rebecca than she expected.

Out German TV host Dunja Hayali, who made headlines a few weeks ago when she showed off not only her girlfriend, but also her numerous tattoos on the Red Carpet of the German TV Awards, has left popular news program “heute-journal” to focus on her job as host of “Morgenmagazin”, a morning show on the same TV network.

University professor and author Miriam Meckel, the partner of TV host Anne Will, was featured in a documentary about people who have battled and overcome depression and other life crises. Meckel talked about suffering from burnout and how she managed to recover from it.

If you happen to be at the upcoming Chicago Lesbian & Gay International Film Festival, make sure to check out Lady Pochoir. The German short film about bike courier Yv (Nadine Rennack), who at night wields stencils and spray paint to decorate the dreary walls of her city, is hilarious, sexy and just overall fun to watch. To watch the trailer and a clip from the movie, you can go here. 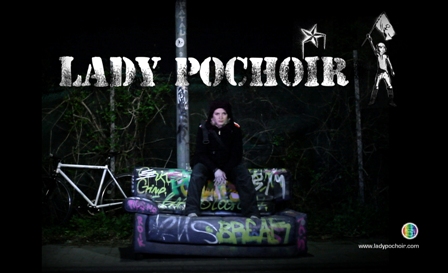 “Greetings from Germany” is a new (hopefully) monthly column with the latest news and updates on German lesbians in entertainment, TV and movies.